Photo Tips for Moms and Grandmothers

I'm a grandmother so I know from experience that taking pictures of kids at any age can be a challenge. Young children are especially challenging when you want to take their picture. Here are a few tips that will help you take better pictures of your children (or your grandchildren if you're a grandma like me).

1. Get up close and personal.

Professional photographers will tell you to fill the frame with your subject .... in other words, get close to your subject. You don't have to get right in their face - you can use the zoom on your camera lens or even crop it when editing your photos - but do get close. Getting close eliminates distracting backgrounds and puts the focus on your little one's beautiful face. 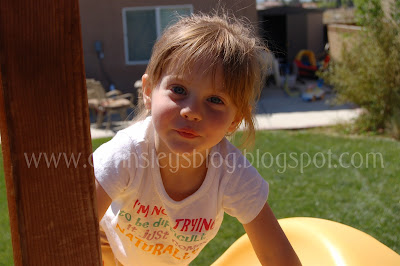 Accept for the background clutter, I really liked this picture of my grand-daughter just the way it was. I actually thought that it was close enough. But, when I cropped it just to see what it would look like I was wowed by the results. 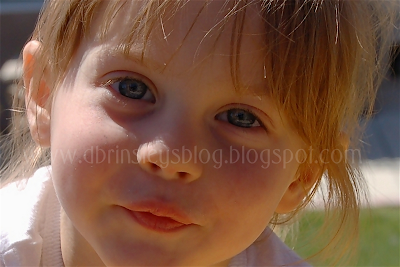 See the difference? By cropping in close I was able to remove the background clutter and focus on my grand-daughter's cute little face.

2. Never try to force an unwilling child to pose or smile for a picture.

The only thing you're going to get by trying to force a child to pose for a picture is a picture of an unhappy child. 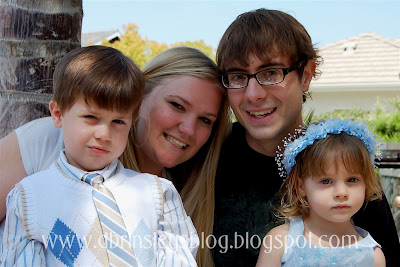 Case in point - Several years ago my son-in-law and I wanted to get a pictures of my two youngest grandchildren with their older brother and his fiance. It was Easter Sunday and the kids were dressed in their new Easter outfits .... perfect time to get pictures, right? It might have been if my youngest grandson had of been willing to have his picture taken. He wasn't! And the more we tried to get him to smile, the more he resisted. He would either cover his face with his hands or make faces - whatever he could think of to keep from having his picture taken. Fortunately this situation turned out okay. But, it could have been avoided altogether had we simply waited until my grandson was willing to have his picture taken. 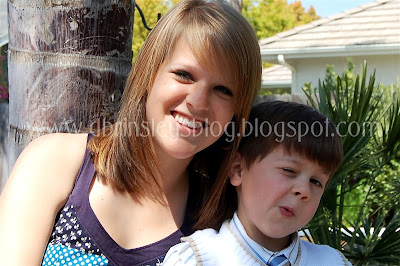 I took this picture of my grandson and his cousin after he had calmed down  and was willing to let me take his picture. We eventually got him to laugh and that changed his mood quite a bit. This time I  let him do what he wanted and got a much happier picture of him.

3. Instead of trying to get a young child to pose or smile for a picture, get him to talk about his favorite subject. 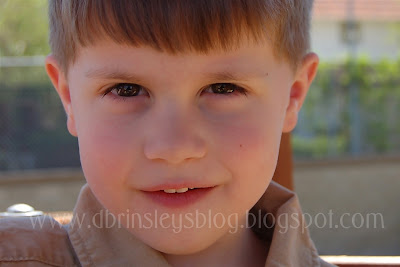 Young children tend to be a bit awkward when posing or even smiling for a picture and my young grandchildren are no exception. After a few awkward pictures of my grandson I started asking him questions about some of his favorite subjects and he ran with it. We must have talked about everything and anything that was on his mind for at least a half an hour or more. All the while I had my camera in front of my face and he hardly noticed that I was taking pictures of him the entire time. The above picture was one of the pictures that I took and it's one of my favorite pictures ..... one that will be cherished for a lifetime. Talking to children about their favorite subjects while taking pictures of them takes a bit more time and patience but the results are well worth it.

Okay, there you have it. I could go on but it's late and I finally got my cat in so I can go to bed (without her getting me up during the night to be let in) so I think I'll put this away to post in the morning (or later). If you have any tips for taking pictures of young children, I'd love to hear from you. Just post your tip in the comments section below.

Thanks for visiting my blog!

Posted by Diana Brinsley at 10:41 AM No comments:

Happy June everyone! The last two months have been a bit wild around here. My loving husband retired from the US Postal Service March 30th and I've been trying to adjust to having him around 24/7. I've also been catching up on my personal digital and traditional albums and actually finished an album I started two or three years ago (woohoo!). I'm planning to share a few pages from that album in another post but for now here are two of my favorite pages from my digital 2011 Family Album. 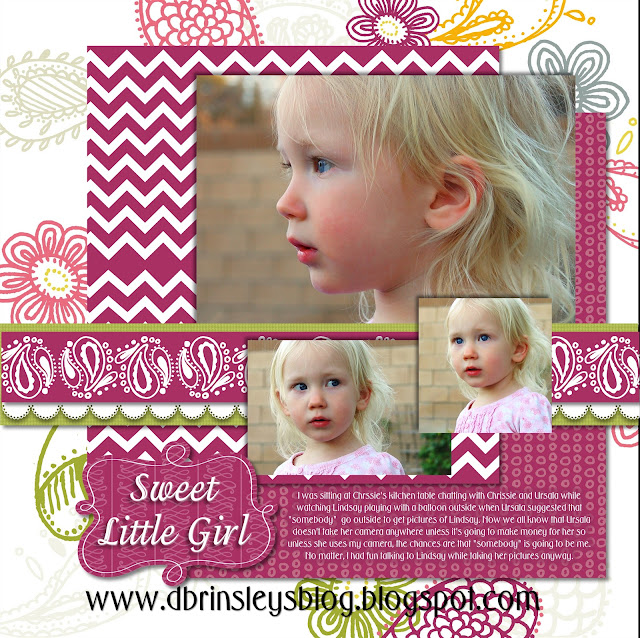 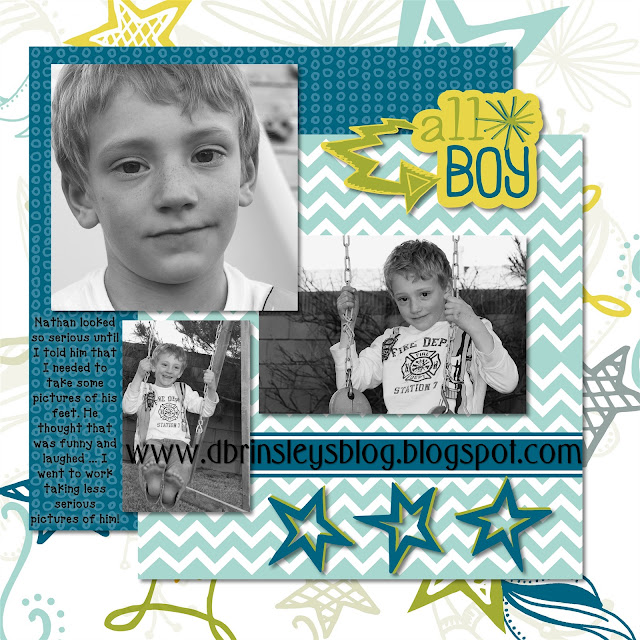 Posted by Diana Brinsley at 12:34 PM No comments:

Diana Brinsley
I am an Independent Creative Memories Advisor with a passion for preserving my photos and stories in photo safe albums. I hope to share my experiences as a memory keeper with you along with some ideas, tips and solutions for just about anyone who takes pictures. 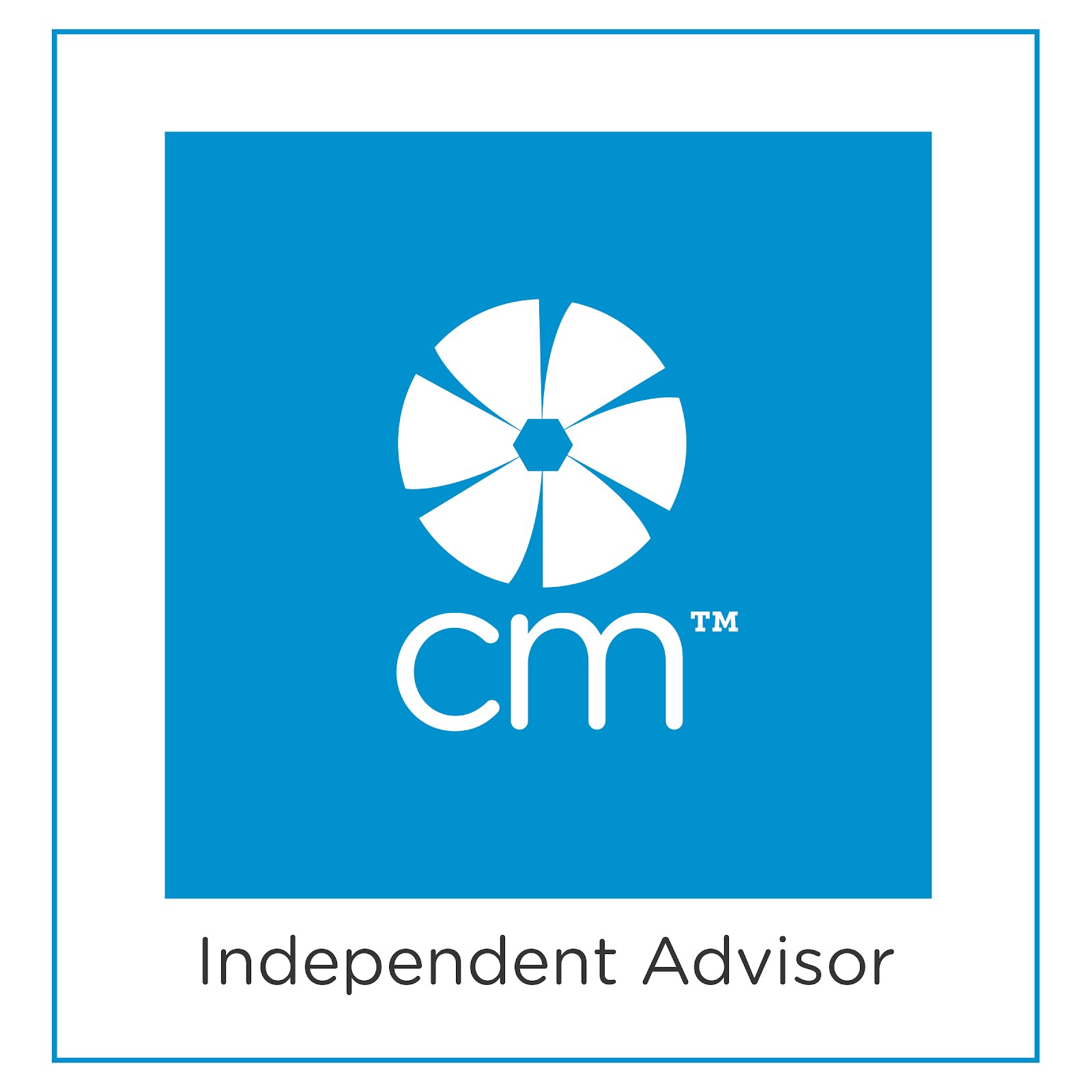 Promote Your Page Too

Please do not post images or text found on this blog; republish an entire post; or post photos of my family. Linking with credit given to D. Brinsley's Memory Keeping blog is okay.

Pinning is welcome. However, please pin from the post link instead of the home page - click the title of the post you plan to pin from before you pin.